Just when we thought the 1990s-era battle of the boy bands – of course, Backstreet Boys vs. *NSYNC – was finally resolved…Lance Bass brings the challenge back! (Please, we all know the true winner was always *NSYNC!) 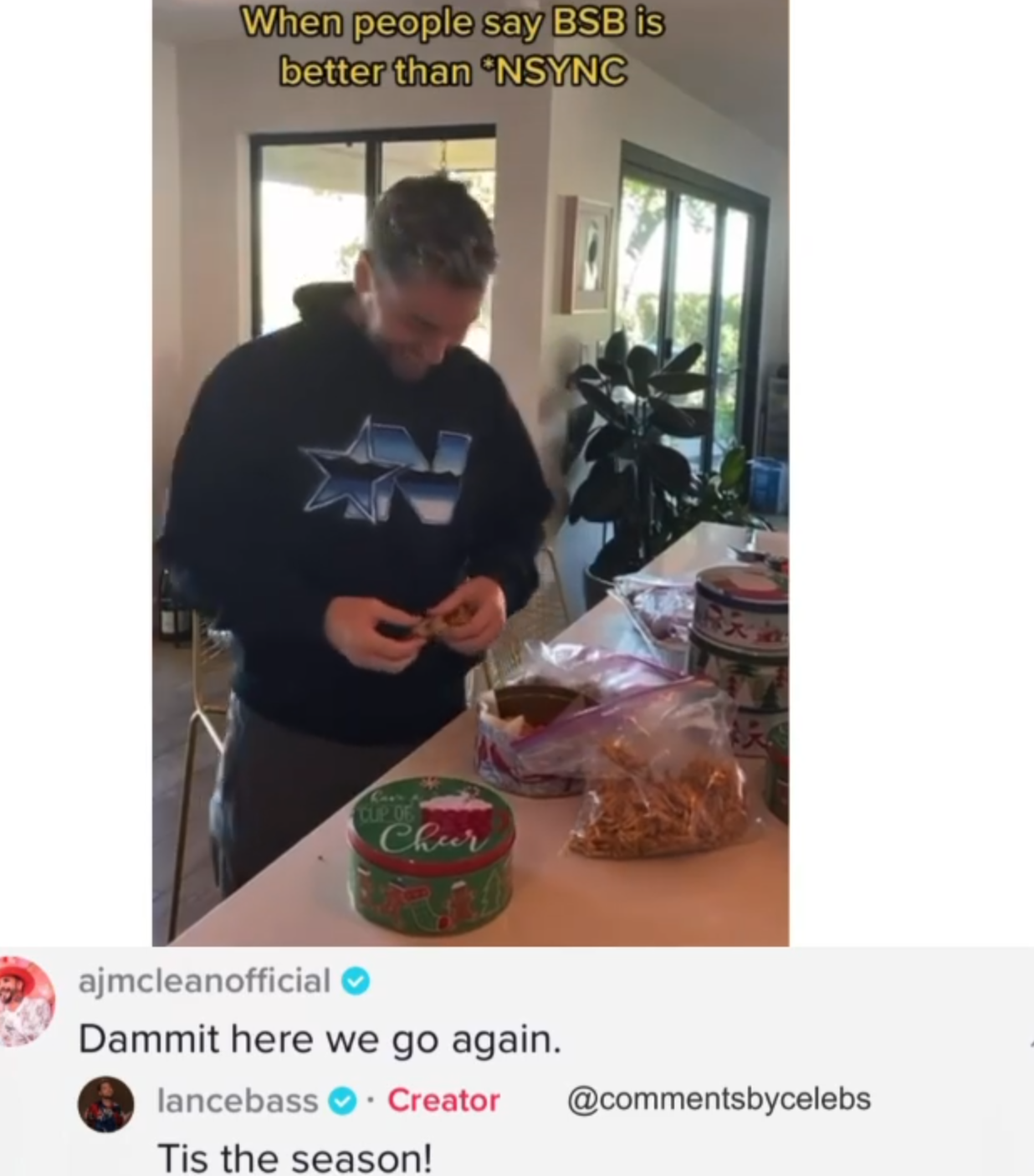 Lance Bass recently took to Instagram donning an *NSYNC hoodie, surrounded by a dozen tins of cookie containers – Bass didn’t just want to battle, he wanted it to be a holiday war!

“When people say BSB is better than *NSYNC” the singer captioned the image on Comments By Celebs, and Bass eating cookies – he takes a direct shot at Backstreet Boys saying “What?! Haha, OK…” with an eye roll and a smirk. This is exactly the friendly battle we needed this holiday season.

He initially posted this video to his TikTok and Instagram with #BoyBandWars as the caption, and then the video was posted by Backstreet Boys band member AJ McLean with the caption: D*mmit here we go again, with Bass replying: "Tis the season!"

Hundreds of fans joined Bass’ battle and either passionately sided with him in the comments section, or staked their claim with his pop group nemesis.

One fan summed up what everyone’s thinking, though: “This made me laugh, personally BSB is my fave but I also enjoy n sync, both bands are amazing and did set the bar high for boy bands!” 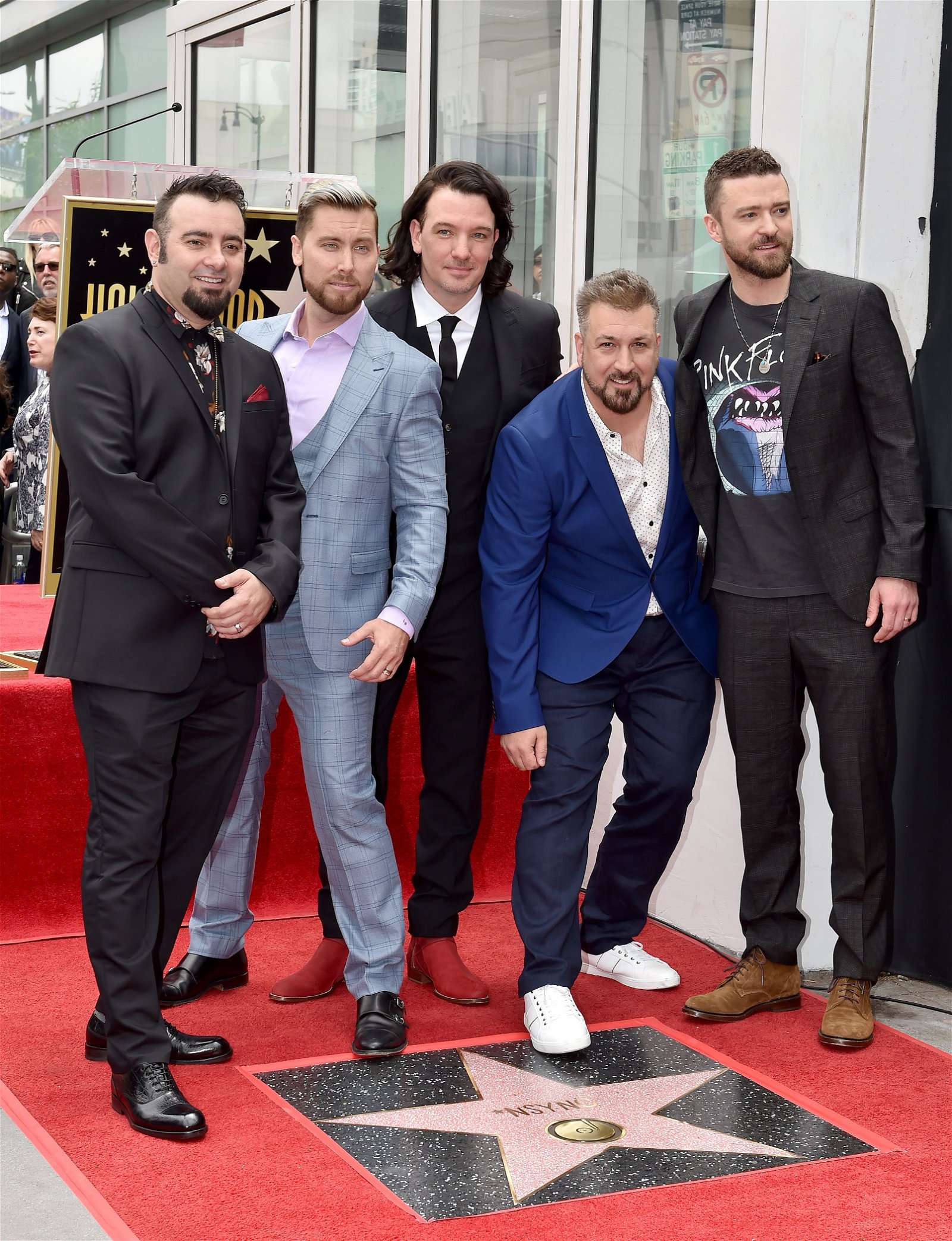 There was another version of a “battle” last week, with ABC’s “A Very Boy Band Holiday” – a nostalgic holiday celebration for those who wanted to stop listening to BTS and Jonas Brothers for a few moments to tune in to the guys who started the boy band craze phenomenon. The only thing missing from this version was the spiked, frosted-tip hair.

Members of Boyz II Men, New Edition, New Kids on the Block, 98 Degrees, O-Town and *NSYNC sang their bands’ versions of holiday hits along with classics, including “Let It Snow” and “Merry Christmas, Happy Holidays.”

Joey Fatone and Chris Kirkpatrick represented in person on the *NSYNC front during this spectacularly sentimental celebration.

Though Bass wasn’t in person for the special, he and his new twins made a special appearance via FaceTime with former *NSYNC’er Joey Fatone. Bass posted a video of his brief cameo on his Instagram – where Fatone sits fireside on a couch “owned by Melanie C.” of Spice Girls fame and takes Bass’ call. Bass – looking clearly disheveled and tired from his new dad role – is holding his newborn, crying twins Alexander and Violet and says, “Maybe next year?” then hangs up with Fatone by saying “Bye Bye Bye.” 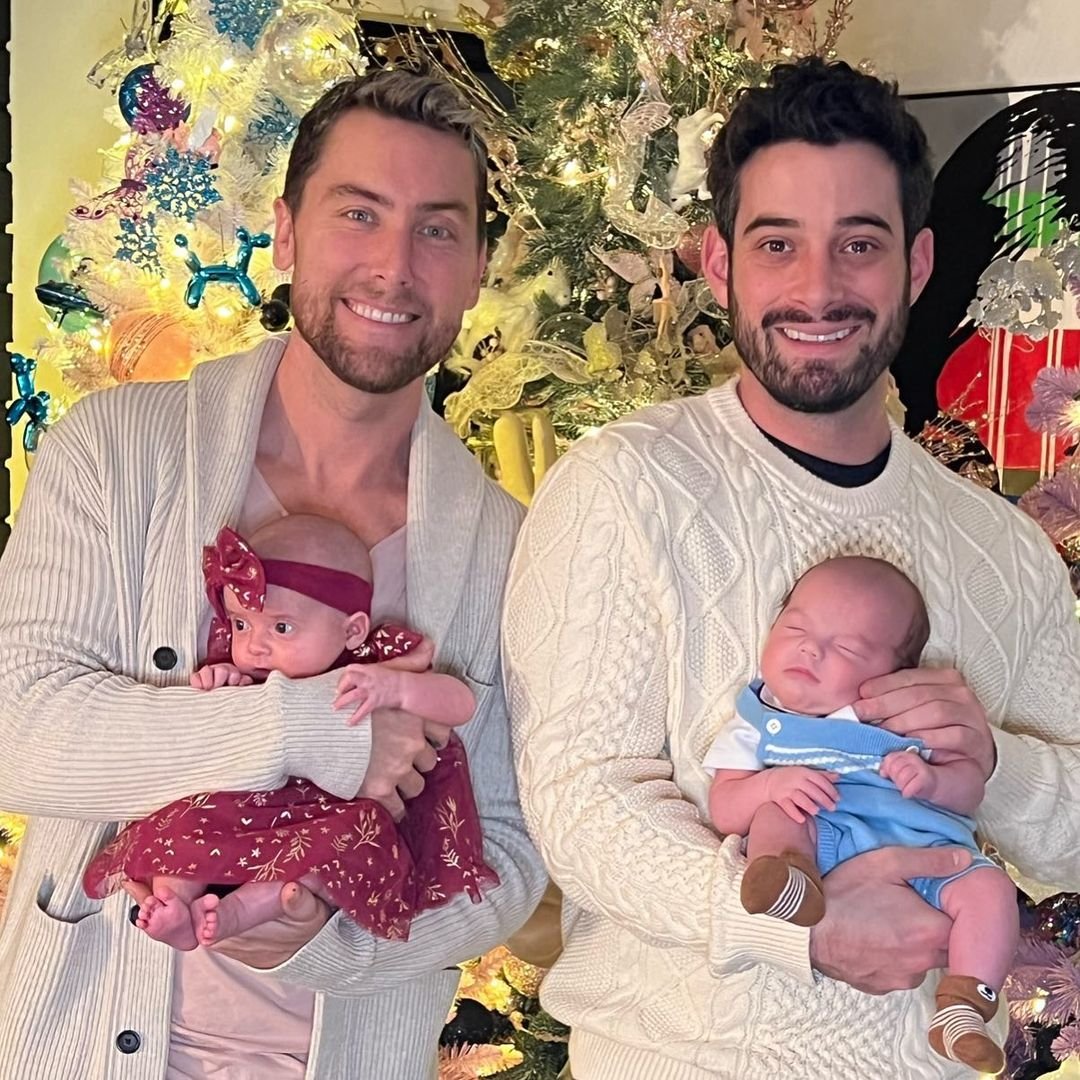 Even if Bass ultimately loses to Backstreet Boys, the true excitement and huge win are having his twins. Bass and his husband Michael Turchin welcomed the newborns via surrogate in October. Bass regularly posts photos with Turchin and his babies, as well as appearances by Fatone and Kirkpatrick. He even posted a photo with Fatone and Kirkpatrick holding the infants.

We’d have to say, the best type of battle is the one of *NSYNC v. the babies, with Alexander and Violet winning the championship. However, we’ll be excited to see the retaliation from Backstreet Boys, too, if they decide to take the challenge.