On what would have been rapper Malcolm James McCormick, better known as Mac Miller’s, 30th birthday, his accomplishments and memories are widely celebrated across social media.

Miller, who passed away in September of 2018 from an accidental drug overdose, leaves behind an unwavering legacy through his music, and through those who knew him.

A Pittsburgh radio station, 91.3 WYEP, posted a tribute, showing Miller’s love for his hometown. The late Pittsburgh, PA native was passionate about where he was from, and made sure his fans knew it. He was seen with former Pittsburgh Pirates baseball star Andrew McCutchen at Pirates games, and included references to Eat-n-Park, Kennywood and Blue Slide Park his music. Miller even named his debut album after the playground.

Mac Miller would have turned 30 today. Mac was a proud Pittsburgher who often mentioned Pittsburgh places in his songs. It was always pretty cool to hear spots like Eat-n-Park, Kennywood, and Blue Slide Park on the radio.

NPR also paid tribute today, and re-shared Miller’s stint on the “Tiny Desk concert” stage – NPR’s version of short, mixed-genre shows, showing raw, intimate talent from some of the biggest musicians including T-Pain, Tyler, the Creator, Nathaniel Rateliff and Hayley Williams – among hundreds of others. Miller’s 17-minute show is one of the most popular sets for the station’s concert series, and was also one of the last shows he performed.

More tributes rang in for Miller, through an Instagram account, called “The Mac Miller Memoir,” which was set up to honor Miller.

The account posted a compilation video of Miller celebrating multiple birthdays as a young child – with Miller’s eyes beaming, and showing a wide smile because of the big cake and candles he had in front of him.

A post shared by The Mac Miller Memoir (@macmillermemoir)

The account also posted photos of his birthdays from later years – with the same smile and excitement for his birthday treats.

Many fans supported and commented on these posts with different birthday comments.

One fan wrote, “Happy birthday, beautiful soul! Thank you for everything you gave us. Always in our hearts,” and another fan commented, “there’s a birthday party happening upstairs. Happy birthday malcolm”

Through his musical career, his fans also experienced Miller releasing six full-length albums, including a posthumous album, "Circles," that was released in 2020. Even at 19, Miller had already hit the "US Billboard 200" charts with his debut album "Blue Slide Park." He released the album as part of an independent record label, and it was the first time an independently-released album hit the charts since 1995. His music, which included narratives on drug addiction and relationships, spanned the gamut for fans to relate to.

It wasn’t just his music that helped him rise the ranks and have a longstanding, positive place in the music industry. "Entertainment Weekly" described Miller’s demeanor as a main reason for his success, as well as his willingness to help other artists. Kendrick Lamar was starting on the hip hop scene in 2012, and Miller invited him to open on his tour, after Miller himself experienced large-scale tours.

Aside from helping musicians, Miller’s legacy continues helping others. The Mac Miller Fund was established as part of The Pittsburgh Foundation right after his death. As Miller was a young musician, his fund works to help other musicians in their youth. The fund provides resources for youth in disenfranchised communities to be able to participate in the arts and music. The fund also supports organizations that aid youth with substance abuse, and helps provide recovery resources – all things that Miller dealt with and is now posthumously helping others with.

In the words of Miller, “Enjoy the best things in your life, ‘cause you ain’t gonna live it twice. They say you waste time asleep, but I’m just trying to dream.” 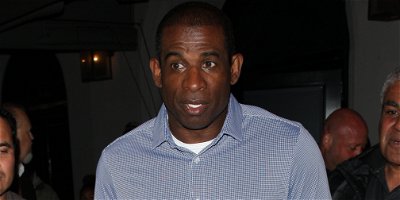